We all saw what happened yesterday in Antioch.
Emanuel Kidega Samson, a Sudanese refugee from Murfreesboro, entered a predominantly White church in Antioch, TN and opened fire. He shot Melanie Smith in the back as she was walking to her car, turned her over and fatally shot her in the face like a dog. Then he went inside the Burnette Chapel Church of Christ and shot six more people including the pastor and his wife.
Even though Burnette Chapel Church of Christ is a multiracial congregation, the victims are all White people. The fact that the Department of Justice and FBI have opened a federal civil rights investigation suggests the victims in Antioch were targeted on the basis of race or religion. In light of the fact that Samson appears to be a Christian who once attended the church, this suggests the motive in Antioch was racial. We’re going to know a lot more about this very soon.
Charles Johnson has reviewed Samson’s Facebook account. There is strong evidence that he was interested in groups like the New Black Panthers. He was sharing videos like this. There is nothing on his social media accounts that suggests he was a Muslim:
If Antioch turns out to be a racially motivated church shooting, it will be a reverse Charleston and Emanuel Kidega Samson will be a reverse Dylann Roof. It will mean that President Trump ignored the incident and dropped Sudan from the travel ban after being lobbied by the UAE.
I’m sure everyone remembers Dylann Roof. The CofCC was blamed and our national conference in Nashville was cancelled. The Confederate Battle Flag was blamed. The entire White South was blamed. Democratic and Republican politicians sprang into action. Charleston was the biggest story in America for months. That’s what started the orgy of removing Confederate monuments which still isn’t over. We were still dealing with the fallout in New Orleans a few months ago.
It turns out the only thing Charleston required to be a local or regional story was to reverse the races. Instead of a white supremacist with a Confederate flag, a Sudanese refugee murdering White people in a church isn’t “a story about race in America” the media wants to talk about. In this case, the murderer is basically a DREAMer who came to the United States from Sudan as a child when Bill Clinton was president, so Antioch is unlikely to have any policy implications.
We see the double standard and so do millions of people. We’re not going to let this story go away. Something as big as this isn’t going to be buried without us raising hell about it.

Protesters taking shelter in a synagogue. Cops attempting to turn it into a trap. This is pure madness!#STLVerdict pic.twitter.com/OhuZrd2Ycc
— Kanisha Jackson (@Kanisha1Jackson) 16 September 2017 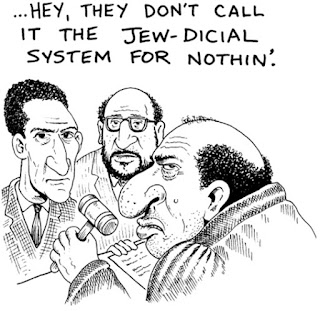 Rap video glorifies the hanging of a white child

Watch this video again, and perhaps watch it a third and a fourth time, for I want you all to harden yourselves to what we shall face in the coming months and years.
Things will soon reach levels of insanity and barbarity that will make everyone look back on events like the Battle of Charlottesville with nostalgia, and many of you will be forced to witness and possibly participate in things that will make you wonder whether hell itself has opened up upon the Earth.
Only the strong, faithful, and hardened will make it through, but take heart in the fact that God Himself will stand over these most courageous soldiers.
Be ready, White Man, or you may find your sons and daughters playing a part in terrorist art come to life. 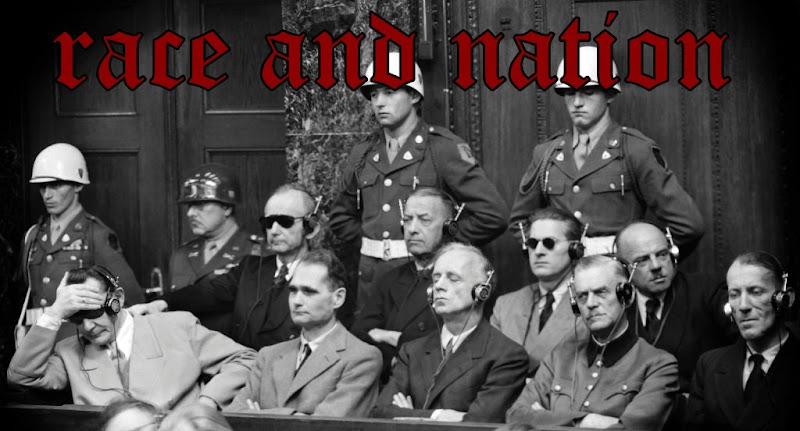 Lord Goyhammer and Sir Stephen Landser are joined on this 53rdepisode of Race and Nation by Mr. Michael Weaver, of Georgia. This episode of RNN serves as a part II to a previous episode of The Daily Traditionalist on Radio Aryan where Mike was talking to Sven Longshanks.The lads take aim at the current upswing in constitutional ass-stuffing done by the “oh-so-democratic” Zionist Occupational Government. A string of injustices have been done to countless Whites and especially against those who have the courage to stand up and resist. As the social/political demographic gap widens in the USSA these casualties will become more common place. Whites accused of “resisting” are often in reality simply trying to exist within a system that has been formulated for our total demise.We would like to thank Michael for stopping by and updating us on his current struggle against the machinations of Jewry. The judicial system that was once designed to protect us is now a genocidal entity that destroys White lives, White families, and ultimately White existence.Michael Weaver’s blog can be found at :http://news4whites.blogspot.comand he can be contacted directly via email at: musclemk24@gmail.comLink at:http://www.radioaryan.com/2017/09/race-and-nation-michael-weaver-rnn.html?m=1Presented by Landser and Goyhammer with Michael WeaverRace and Nation: Michael Weaver – RNN 091217Download (01:02:02)
at September 12, 2017 No comments:

Here’s the definitive video on DeAndre Harris, Corey Long, Harold Crews and the fight in the Charlottesville parking garage:
Note: The truth will always come to the surface.
at September 06, 2017 1 comment:

Antifa is nowhere to be found in regards to anti-white racism. The viral video of 20-year-old black man Jaydon Hayden viciously ass...