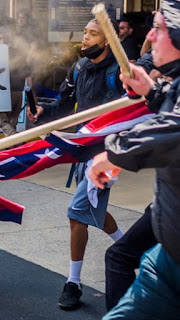 Ask Chief Al Thomas why they refuse to arrest Deandre Harris for felony assault.
Be civil and non-threatening!!! Demand
justice for Harold Crews.

P.S. Is Mr. Crews too white to be a hate crime victim? 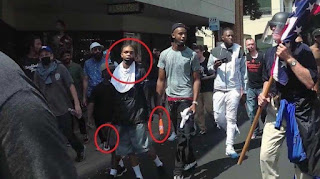 Anarcho-Tyranny: The Corruption of Charlottesville, VA

It has been nearly 24 hours.
I’ve never been so angry about anything in my entire life. I had to unplug from the internet after I was blinded with rage when the news broke that the Charlottesville Police had issued arrest warrants for more of our people who were defending themselves and others:

“The police arrested two men, including a member of the Ku Klux Klan, and were seeking a third in connection with violent episodes that took place at the “Unite the Right” rally in Charlottesville, Va., this month, including the beating of an African-American man that was caught on video and widely shared on social media.
The arrests came two weeks after the Aug. 12 rally, which brought hundreds of white supremacists to Charlottesville to protest the removal of a statue of Robert E. Lee, the Confederate general. The day was marked by skirmishes between demonstrators and counterprotesters, and a 32-year-old woman, Heather D. Heyer, was struck and killed by a car in what the authorities have called a terrorist attack.
The police were widely criticized for not doing more to stop violence throughout the morning. …”

This is outrageous.
We have already covered at length how the police took the day off in Charlottesville. They stood down and allowed violent Antifa to attack the #UniteTheRight demonstration. This was used as an excuse by Charlottesville and Gov. Terry McAuliffe to declare an illegal assembly and “state of emergency” and nullify the federal court order that had allowed #UniteTheRight to proceed in Lee Park.
When the Charlottesville police failed to do their jobs, our people were left with no choice but to defend themselves and others from violent Antifa as they dispersed and returned to their vehicles. As a group of our people were exiting Lee Park, a 23-year-old black male named Corey Long was able to get close enough to attack them with an improvised flamethrower. Richard Preston was exiting Lee Park when he saw Corey Long attacking our people with the flamethrower. He turned around and fired a warning shot at the ground in order to protect a third party from this dangerous situation:
The Charlottesville Police Department charged Mr. Preston.
After the flamethrower incident, Corey Long, DeAndre Harris and group of black males affiliated with Black Lives Matter followed, stalked and menaced a group of our people who were returning to their cars in the parking garage. They were armed with sticks, baseball bats and a mag lite.
Here is DeAndre Harris with his weapon:
View image on Twitter

Hunter Wallace @occdissent
Trump was referring to Deandre Harris who was armed with a club:


Here is DeAndre Harris following our people to the parking garage. His friends are screaming “appreciate the bat” and “do something”: https://www.liveleak.com/view?i=29c_1502587724

After the parking garage fight, you can see another assault on a League of the South member returning to the parking garage in the video above.
The fake news was only interested in Deandre Harris because he was black and could be portrayed as a “victim” of “white supremacists.” They ignored the White kid who was bludgeoned with the club in the parking garage by DeAndre Harris’s friends which provoked others to rush to his defense: 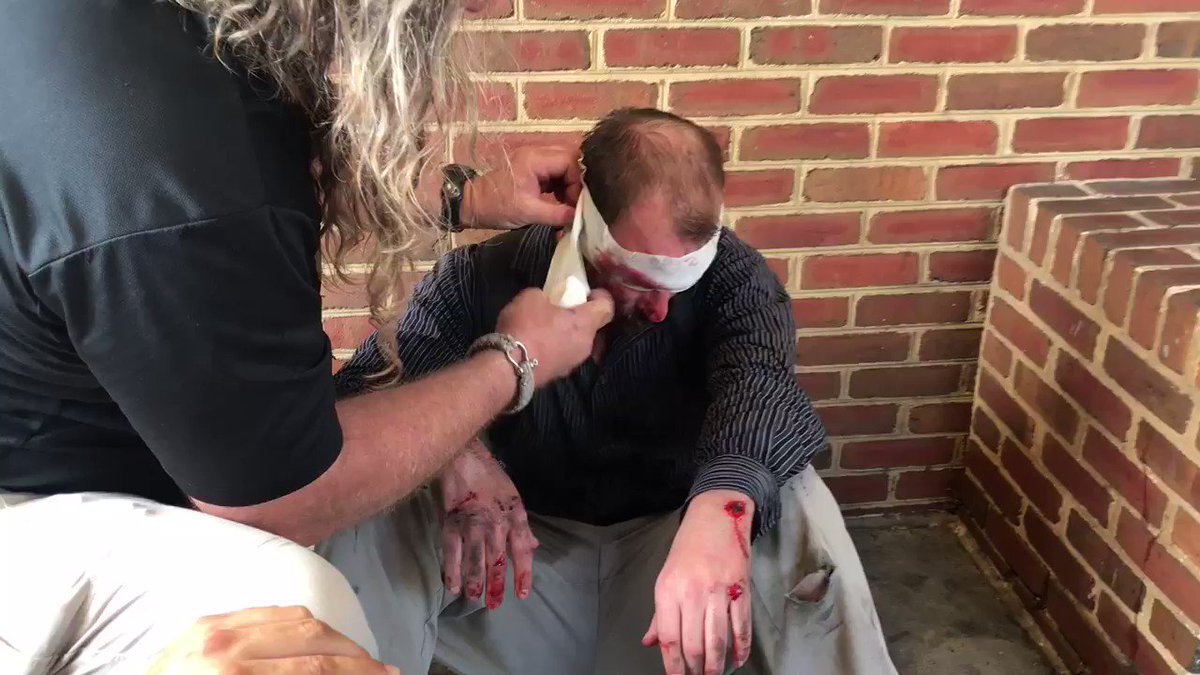 Hunter Wallace @occdissent
Replying to @BadgerPundit and 3 others
I'm pretty sure this is him. He had to go to the hospital in Cville. The attack was in the parking garage

Twitter Ads info and privacy
Dan Borden and Alex Michael Ramos came to the aid of a League of the South member who had been clubbed and knocked unconscious in the parking garage:https://www.youtube.com/watch?v=6CaRLSbEQjU

The fake news deliberately took the so-called beating of Deandre Harris out of context in order to push a false narrative that he was a victim of “white supremacists” when in reality he was part of a group of Black Lives Matter thugs who attacked our people returning to their cars in the parking garage. Shaun King and other race baiting bottom feeders pushed this narrative and as a result DeAndre Harris was able to raise over $166,000 in donations for aggravated assault through GoFundMe.
What do the Charlottesville Police do? They issued warrants for the arrest Dan Borden and Alex Michael Ramos. Not only did they FAIL to do their jobs and through their criminal negligence put all of our lives in danger on August 12th, they charged people who were forced to defend others.
Charlottesville is the ultimate example of what Sam Francis once called “anarcho-tyranny”:

“What we have in this country today, then, is both anarchy (the failure of the state to enforce the laws) and, at the same time, tyranny—the enforcement of laws by the state for oppressive purposes; the criminalization of the law-abiding and innocent through exorbitant taxation, bureaucratic regulation, the invasion of privacy, and the engineering of social institutions, such as the family and local schools; the imposition of thought control through “sensitivity training” and multiculturalist curricula, “hate crime” laws, gun-control laws that punish or disarm otherwise law-abiding citizens but have no impact on violent criminals who get guns illegally, and a vast labyrinth of other measures. In a word, anarcho-tyranny.”

The police in Charlottesville at the behest of the mayor, city manager or police chief – who is responsible is unimportant – deliberately ceded the streets to violent Antifa. When they attacked and we were forced to defend ourselves, the Charlottesville police charged us with crimes. There isn’t a better example of this than the DeAndre Harris incident. We were complying with the “state of emergency” and were dispersing to return to our vehicles. We were stalked, followed, menaced and attacked by a gang of violent black thugs and were punished by the state for defending ourselves.

Antifa is nowhere to be found in regards to anti-white racism. The viral video of 20-year-old black man Jaydon Hayden viciously ass...