What part of the 1st Amendment don't they understand???

Free Speech is under attack in Harrison,Ark. Read the full article at the link above.Video included.

The Destruction of Joe McCarthy

There are profound lessons for us today in the saga of this misled hero. by Scott Speidel, Florida State University * * * “Average Am... 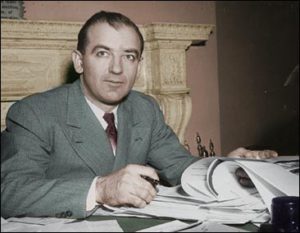