Netanyahu Demands Jews-Only State—So Why do America’s Jews Support “Open Borders” for the US?


Israeli Prime Minister Benjamin Netanyahu has announced that Israel must be a Jewish state “or there will never be peace”—but in the US, his fellow Jews are at the forefront of demanding that Americans must have an open-doors immigration policy because “Jewish tradition commands us to welcome the stranger.” 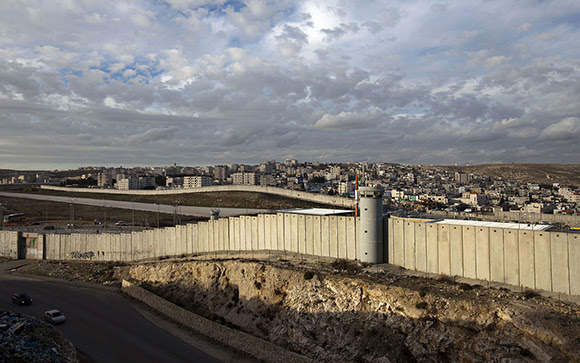 As detailed in an article on The New Observer, The staggering display of anti-European hypocrisy was highlighted when Netanyahu ruled out any deal with the Palestinian people unless they “recognize Israel as the Jewish state and give up their refugees’ right of return.”
According to his comments broadcast on Israeli public radio, Netanyahu said that he would “not accept an agreement that does not cancel the (refugees’) right of return and which does not include Palestinian recognition of the Jewish state. These are basic conditions, which are justified and vital to the security of Israel.”
Netanyahu knows full well that if the Palestinians get the right to return their refugees—Arabs chased out of Palestine when the Jewish state was created—that the Jews will quickly be demographically overrun.
At the time that the Zionists forcibly expelled the Palestinians, their numbers were just over three-quarters of a million—but in the intervening years, this has increased to just on five million.
Allowing five million refugees and their descendants back into Palestine would certainly see the end of the “Jewish state”—and it is against this reality that the Zionists are kicking.
At the same time, all major Jewish groups in America have announced their support for “immigration reform” and the legalization of all illegal immigrants in that country.

Quoted in the Times of Israel, Religious Action Center for Reform Judaism leader Barbara Weinstein said that Jews supported immigration reform because Jewish Tradition “commands us to welcome the stranger.”
The Times of Israel also quoted Mark Hetfield, president and CEO of the Hebrew Immigration Aid Society—a Jewish organization that works full time to move immigrants from all over the world to America—as saying that he “is more encouraged than we have been in years that our leaders will finally create a just system for immigrants and refugees.”
Now is the time to “fix a broken system” that includes “all kinds of artificial, technical barriers that deny asylum to persecuted people,” he said.
The Jewish Council for Public Affairs has also officially welcomed “immigration reform” with chair Larry Gold quoted as saying that “We are eager to work with both Republicans and Democrats, both Congress and the president, to finally see immigration reform passed.”
The American Jewish Committee has also welcomed efforts at “immigration reform,” calling them “encouraging.”
“Immigration is a key factor in bolstering America’s economic strength and democratic pluralism,” Richard Foltin, director of national and legislative affairs for the AJC was quoted as saying.
Nancy Kaufman, CEO of the National Council of Jewish Women, said her organization “is heartened by the newfound energy to pass comprehensive immigration reform after years of inaction. NCJW will continue to work for immigration reform that ends the second-class status of immigrants without papers and ensures that a viable path to citizenship is finally at hand.”
Even the Anti-Defamation League (ADL) issued a statement saying, “It is clear that both ends of Pennsylvania Avenue have heard the American people calling for leaders to overcome partisan divides and create a common sense solution to fix a broken immigration system.”
ADL national chair Barry Curtiss-Lusher and national director Abraham Foxman, said in a joint statement that their organization “is looking forward to working with Congress and Obama in what they hope will be a debate that will honor America’s heritage as an inclusive, compassionate nation of immigrants that values the diversity of its people.”
Yet all of these Jewish organizations are quiet as proverbial church mice when it comes to Israel’s right to have a racially-discriminatory immigration policy, and further to forcibly keep out people who were originally expelled from Palestine to make way for Jews.
The open hypocrisy of these two fundamentally opposing positions remains inexplicable—unless there is a determined and conscious desire to destroy America while deliberately maintaining Israel’s racial homogeneity.
at March 25, 2014